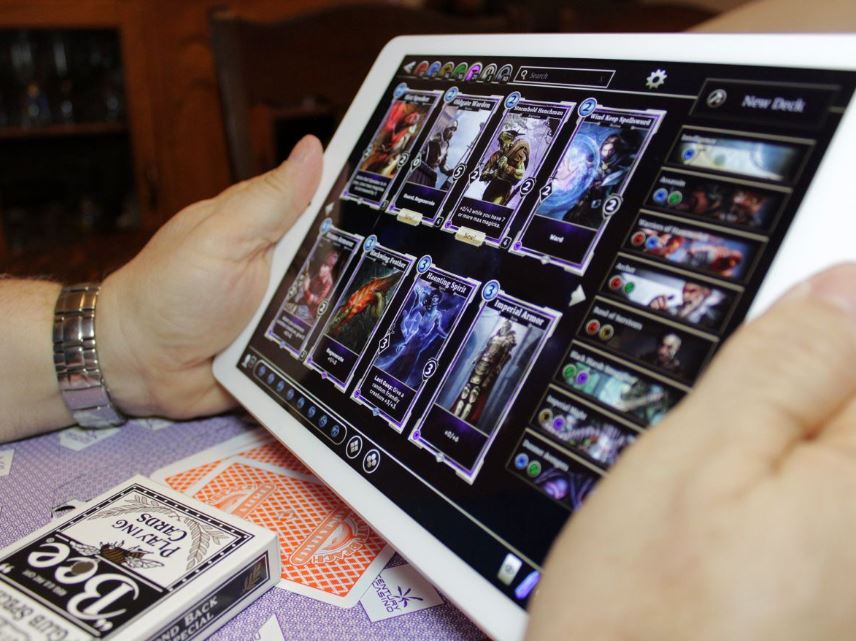 Card games have been around with us for a very long time, collecting and playing with actual cards may be enjoyable in itself. However, playing card games on your phone is a very different experience altogether and it has its own merits such as you can play them anytime, anywhere, you don’t need physical cards, you can play with players all around the world, and many more.

The adults enjoy playing card games to pass the time, show their skills, or compete at various events and tournaments. The iOS App Store is filled with card games that emphasize deck construction, strategic gaming, and card gathering.  Here are a few entertaining card games for Adults:

Essentially, the game of rummy involves melding cards to create sets or sequences that match. Each player is dealt 13 cards, for a total of 52 cards in play. If you play rummy online, the goal is to create at least two legitimate sequences, one of which must be a pure sequence. The other sequences can be placed in comparable sets. The person who has 0 points is the winner, while the ones who have points after adding up all of their cards are the runner-ups.

Who does not like UNO? There’s a solid reason why it’s remained one of the most popular card games for the last 40 years, given the simple rules and the many ways you may screw up the fun for your fellow players. The game is now accessible for players from across the globe to battle one another. Turn on your iPhone and begin matching the colors and numbers. Most importantly, remember to yell UNO.

Spider Solitaire is a reimagined version of an ancient classic that appeals to modern players. Players try to construct sequences of cards of the same suit from Kings through Aces in this game. You must eliminate 6 of such sequences in order to win the game. It would also be beneficial if you succeeded before your competitor. In an online Spider Solitaire game, the rules are a little bit different since you’re competing not only with other players but also with time. You have a limited amount of time throughout the game, so you must act quickly. You do not get points if the time expires.

Playing Charades together as a family or group of friends can make any scenario more enjoyable. Charades is a fun smartphone game. Most current games require a single user using a single smartphone, looking down at their screen and filtering out everything surrounding them, but this one does not. The mobile game Charades! is really sociable. Simply choose a topic, and put it up to your head just so your friends can identify the term or phrase but not you, then they try to get you to attempt and predict what it is.

As one of the most popular card games in the past, Canasta is a real classic. Due to its simplicity in learning and the many versions that may be found, it is still played and appreciated worldwide today. You may compete against gamers from across the globe online, climb leaderboards, and dare your folks for the most thrilling experience.

A fairly well-known card game called Twenty-nine or 29 is enjoyed by four players in established partnerships. Partners are the players that are facing one another. The teams must bid, establish a goal for themselves, and then accomplish that goal. The game is biased in favor of the person who wins the bid since they get to pick the trump suit. To prevent the side that won the bid from winning the game, the competitors must reach 29.  This is how the game’s name, “29,” came to be.

One of the finest card games for the iPhone is the Euchre game. Those who appreciate euchre don’t need an explanation for the game. Outstanding Euchre! It recreates the magic of the game in your hands so that you feel as if you are playing with your closest friends. Euchre is a fun game you may play on your iPhone to kill time.