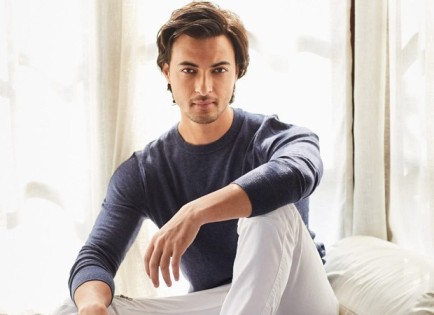 Aayush Sharma born on 26 October 1985 (Age: 36 Years, in 2021) in Mandi, Himachal Pradesh, India is an actor and businessman. He made his Bollywood debut with “Loveyatri” (2018) with co-actor Warina Hussain.

Aayush Sharma and Arpita Khan met through a common friend but lost touch in the middle. A few years later, they met again and started dating. On 18 November 2014, Aayush and Arpita got married at Taj Falaknuma Palace, Hyderabad.

The duo welcomed their first child Aahil in 2016. Arpita gave birth to baby girl Ayat in 2019.

After completing his studies, Aayush started managing his family business in Delhi. Aayush Sharma made his Bollywood debut with “Loveyatri” (2018) with co-actor Warina Hussain.

Aayush Sharma and Saiee Manjrekar have featured in a music video, titled “Manjha“. This song is sung by Singer Vishal Mishra.

According to the media report, Aayush Sharma will next be seen in the Hindi remake of a popular Marathi film – ‘Mulshi Pattern’ in which he plays the role of a dreaded gangster.