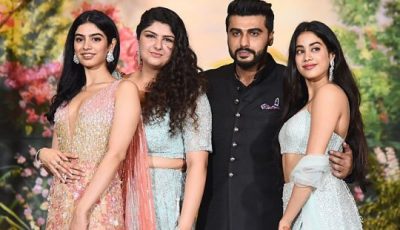 Arjun Kapoor is a popular Bollywood actor who made his Bollywood debut with the film ‘Ishaqzade’.Arjun Kapoor was born in a family of Bollywood on 26 June 1985 in Mumbai. His father is a Bollywood film producer and director Boney Kapoor and his mother were the entrepreneurs’ Mona Shourie Kapoor. He got a stepmother Sridevi (Actress) at age of 11.

In 2021, He worked on Bhoot Police with Saif Ali Khan in the role of Chiraunji Vaidya. Also, He worked on Ek Villain Returns in 2022.

Arjun Kapoor completed his higher secondary education at Arya Vidya Mandir school in Mumbai. And failed in his class twelve’s board exams, After that he left his studies and developed an interest in acting. His first job in the film industry was as an assistant director of Kal Ho Naa Ho in 2003. And also worked as an associate producer on No Entry (2005) and Wanted (2009).

On the sets of No Entry, he met Salman Khan (Actor) and Salman Khan advised him to pursue acting. At that time he used to weigh over 100 kg. After 4 years of working on his body and acting skills under the guidance of Salman Khan, he started auditioning to start his career in acting. 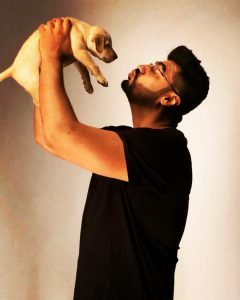 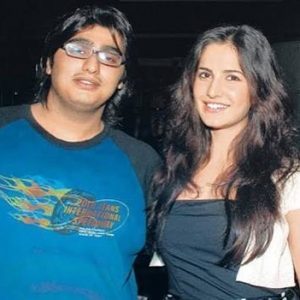 Arjun was born into a Punjabi family on 26 June 1985 in Mumbai,(Maharashtra, India). His father is Boney Kapoor and his mother is Mona Shourie Kapoor who died due to cancer just two months after the release of his debut film. Arjun has a younger sister Anshula Kapoor. He has two half-sisters Jhanvi Kapoor (Actress)
and Khushi Kapoor and stepmother Sridevi (Actress). Arjun Kapoor‘s uncle is Anil Kapoor (Actor) and Sanjay Kapoor(Actor).
Arjun Kapoor was in a relationship with Arpita Khan (sister of Salman Khan). The relationship lasted for 2 years. Later in 2016, there were rumors that he is in an affair with Malaika Arora Khan and of Malaika is the Ex-Wife of Arbaaz Khan.

1. Who is Arjun Kapoor’s Mother?

Ans. Arjun’s mother’s name was Mona Shourie Kapoor. But, she died in 2012.

2. What is the net worth of Arjun Kapoor?

3. What is the age of Arjun Kapoor?

4. Who is Arjun Kapoor’s girlfriend?

Arjun Kapoor is the son of Boney Kapoor and Mona Shourie Kapoor. Here we discuss, Arjun Kapoor’s net worth, height, weight, girlfriend, wife, movies, cars, career, and biography. There is some information missing, we try to collect them and update it ASAP.