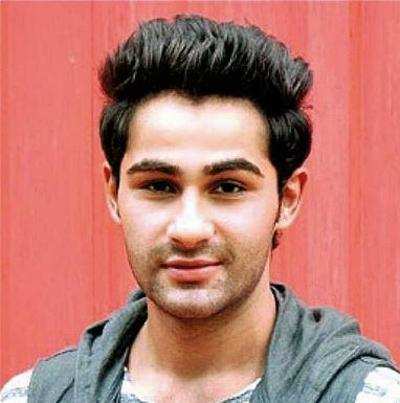 Armaan Jain born on 23 June 1990 (Age: 31 Years, in 2021) in Mumbai, Maharashtra, India is an Indian actor. He made his acting debut with the film “Lekar Hum Deewana Dil” with co-actor Deeksha Seth.

Armaan Jain born on 23 June 1990 is the son of Reema Kapoor and Manoj Jain. His mother Reema Kapoor is the youngest daughter of Raj Kapoor and sister of Randhir Kapoor, Rajiv Kapoor, and Rishi Kapoor. He has a younger brother named Aadar Jain. Armaan Jain is the cousin of Bollywood stars Kareena Kapoor and Ranbir Kapoor.

He went to Regent’s University London. to earn a bachelor’s degree in Business Management but left his studies after one-and-a-half-year.

Before acting, Armaan Jain worked as an assistant director in movies, “My Name is Khan”, “Ek Main Aur Ekk Tu” and “Student Of The Year”. On his cousin Ranbir Kapoor’s recommendation, he made his acting debut with the film “Lekar Hum Deewana Dil” with co-actor Deeksha Seth. The film was jointly produced by Saif Ali Khan, Dinesh Vijan, and Sunil Lulla, and directed by Imtiaz Ali’s brother Arif Ali.

Unfortunately, the film “Lekar Hum Deewana Dil” did not manage to create an impact on the audience and was a box office failure. This film became his first and last Bollywood film, as he has not been seen since then in Bollywood.

Some fact about Armaan Jain