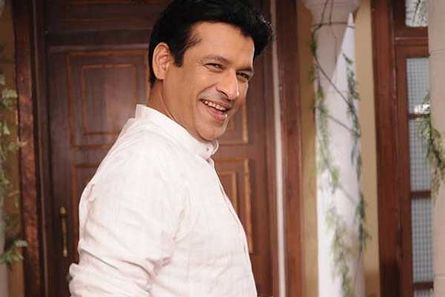 Chetan Pandit is a Bollywood film and television actor. He played the role of Jayaprakash Narayan in the Prakash Jha-directed film Loknayak in 2004 and in Agneepath as Master Dina Nath Chouhan. He is a popular face in the Television industry.

At the age of 15, he formed a small theatre group named “Indra Dhanush”. He also worked as a casual announcer at a radio channel and wrote for the “Discovery” channel.

He started his career with a TV commercial for a Soap brand. In 1999, he made his Bollywood debut with the film “Thakshak” along with Ajay Devgan. His plays “Abhigyan Shakuntlam” was also performed in the Sanskrit language. Chetan Pandit provides acting workshops for newcomers and strugglers.

He has worked with Prakash Jha in “Gangaajal”, “Apaharan”, “Raajneeti”, and “Chakravyuh”. Pandit had also played the chief minister’s role in A Wednesday. He appeared on Tv Serial “Punar Vivah” aired on Zee TV.