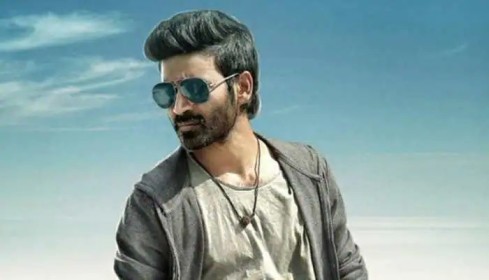 Dhanush (Venkatesh Prabhu Kasthuri Raja) born on 28 July 1983 (Age: 38 Years, in 2021) in Theni, Tamil Nadu, India is an actor, producer, director, writer, lyricist, and playback singer who mainly works in Tamil cinema. Based on the earnings of Indian celebrities, he has been included in the Forbes India Celebrity 100 list six times. He won Best Actor at the 58th National Film Awards for his performance at Aadukalam (2010).

Dhanush was born on 28 July 1983 is the son of Kasthuri Raja and Vijaylakshmi. His father Kasthuri Raja is a Tamil film director and producer. He has a brother, named Selvaraghavan and two sisters, named K. Vimala Geetha and Karthika Devi.

On 18 November 2004, Dhanush married Aishwarya. Aishwarya is Rajinikanth’s eldest daughter. Dhanush met Aishwarya at the screening of the film “Kaadhal Kondein” (2003). They have two sons named Yatra (born in 2006) and Linga (born in 2010).

Dhanush wanted to be a Marine Engineer. Dhanush started his career in acting after being pressured by his brother, Selvaraghavan. He made his acting debut with the film “Thulluvadho Ilamai” (2002), directed by his father Kasthuri Raja. He made his Bollywood debut with film “Raanjhanaa” (2013) with co-actor Sonam Kapoor. For this film he earned “Best Male Debut Award” in 59th Filmfare Awards.

Dhanush owns and produces films through his production company, Wunderbar Films. He made his directorial debut with film “Pa Paandi” (2017). His song “Rowdy Baby” from Maari 2 became one of the most-viewed Indian songs of all time. Rowdy Baby is the only South Indian video song to receive 1 billion views on YouTube.

In 2011, the popular song “Why this Kolaveri Di” from the film “3” became the first Indian music video to cross 100 million views on YouTube. He has won and received several Awards like, Filmfare Awards, and Vijay Awards, National Film Award, SIIMA Awards, Filmfare Awards South, Vikatan Awards, and Edison Awards.

Dhanush won Best Actor at the 58th National Film Awards for his performance at Aadukalam (2010). He occasionally records music, usually for his own movies.

After acting in Bollywood films like Raanjhanaa (2013) and Shamitabh (2015), his next Bollywood film will be “Atrangi Re” along with Sara Ali Khan and Akshay Kumar. Dhanush will star alongside Ryan Gosling, Chris Evans, and Ana De Armas in the film, The Gray Man, helmed by the Russo brothers.

Some fact about Dhanush