Famous Actors and Their Unusual Jobs 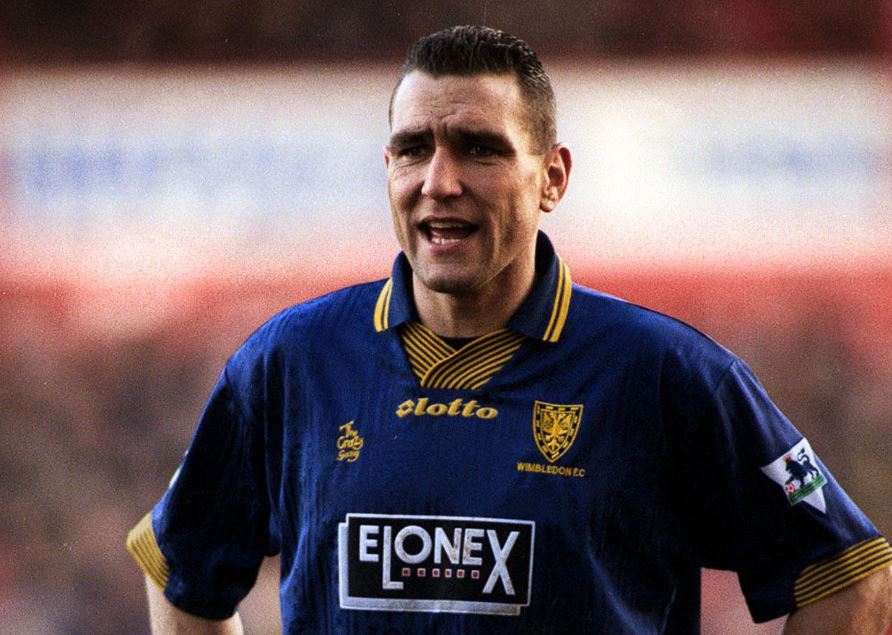 Almost everyone has dreamt of becoming a world-famous actor at one point in their lives. The great revenues, the sponsorships, and the fulfilment of living your life through art are only a few of the great perks linked to this much-desired profession.

In today’s article, we will present 5 emblematic acting figures who successfully made their dream come true and landed remarkable movie roles, only to decide they would also like to engage in more down-to-earth professions.

Vinnie Jones signed a contract this year with Real Dealer Studios to host a series of Live Casino games. The company has various contracts with several established live Blackjack and live Roulette platforms.

His show is meant to provide a one-of-a-kind experience for both gambling enthusiasts and fans of the famous actor. Real Dealer’s production team ensures future players that they will take part in a high-quality, well-polished, and consistent one-to-one gambling experience.

During his performance at the casinos, the viewers shall be immersed in a VIP, Las Vegas-reminiscent experience, so booking a table for the event shall be a stellar reward for the betting fans.

Vinnie Jones’ decision to be involved in this exciting project could be revolutionary for the industry of live casinos if fellow Hollywood stars would follow in his footsteps. Hence, his future project could be a milestone in bringing together the gambling industry within the Hollywood universe.

Nick Offerman: The Woodworker in Disguise

Several actors have side hustles, even though their fans might have a hard time imagining their favourite celebrities practising common jobs. Indeed, Nick Offerman certainly surprised his fans when he revealed his second profession – the exciting adventure of being a woodworker.

The much-beloved comedic star of Park and Recreation has confessed on several occasions that he harbours a strong passion for woodworking. Therefore, he has decided to start his own brand called Offerman Wood Shop.

His passion for woodworking has quickly turned into a profitable business. His products are quite diverse, ranging from cutting boards to pencil holders, with exciting new items meant to be released soon this year.

Moreover, his brand has produced such great revenues that the actor had to hire a professional manager and a small staff to honour the orders in time and ensure the high quality of their production.

During an interview with Vanity Fair, the actor confessed to being so ecstatic and proud of succeeding in keeping his hobby alive amid a busy work schedule. According to his own words, he feels more in his element surrounded by his power tools and the odour of sawdust than he does during his filming time.

Madonna: A Weaver of Fairytales for Children

Madonna is already meant to go down in music history as the queen of pop, boasting several world records as part of her long-established career.

During her long experience in the world of fame, Madonna has been known to be a jack of all trades, having multiple side talents besides singing, which include dancing and acting in Oscar-winning movies. But did you know Madonna also moonlights as a children’s literature author?

So far, the music idol has released 5 volumes featuring children’s stories, with the most popular one being called The English Roses. Being her most-beloved published book, it is a fictional story that aims to educate children on the topic of tolerance. Hence, she wants to teach small children that accepting who you are and sharing your personality with the world are some of the bravest and most wonderful things anyone can do.

Although unexpected, Madonna’s wish to create inspirational fictional works for young minds can easily be traced back to the close relationship she has with her children. So, it only makes sense that she would love to motivate young people through inspiring stories only she could write.

Jamie Foxx is a man of many talents, landing several impressive awards for both his music and acting career.

Hollywood fans can probably recognize him from the iconic movie Ray, an impressive drama that allowed him to place an Oscar trophy next to his beloved Grammy award. Such an impressive achievement could seem out-of-reach for several A-listers, but Jamie Foxx is known for always saying yes to new challenges and striving to live his life to the fullest.

It should therefore come as no surprise then that the rising star also holds a more particular interest in the agriculture sector, which serves as a secondary source of income. When he’s not recording the world’s next music hit, the star is an avocado farmer, growing and harvesting his own crops, which are later sold to high establishments.

His interest in agriculture may be unexpected to the public, but it only shows that the rising star doesn’t stray away from hard work, as his green thumb way of life is landing him impressive revenues, which may come in handy in the future during uncertain periods of his career.

Karlie Kloss: From Model and Actress to Coding Genius

Karlie Kloss has quickly become one of the highest-earning top models ever since she signed up to be one of Victoria’s Secret angels at the age of 18.

From that moment on, she has walked several incredible fashion shows for top fashion brands, including Gucci and Channel. Not only that, but she has also made several appearances in cinematic works, earning her praise and fame from movie fans as well.

After conquering the modelling and acting world at such an early age, Karlie Kloss no longer felt challenged by her current career. However, instead of giving up on her ever-growing social platform, Karlie Kloss decided to start a new career path linked to another great passion of hers: data coding.

It didn’t take her long to successfully turn her latest hobby into a full-time job, establishing Kode with Klossy, a coding boot camp for young women passionate about science and math. Her project keeps inspiring young minds to always strive to get better, for constant progress is a must in someone’s life career.

Being a full-time actor seems to be an overwhelming job for several A-listers – but this is certainly not the case for the stars included in our list. Indeed, ever since these actors have aced the acting sector, they have started to focus on other projects as well.

Their strong discipline and resolve to keep chasing new dreams can inspire everyone to always harbour their passions and never get too comfortable in an unfulfilling lifestyle when new challenges are always awaiting them in the future.