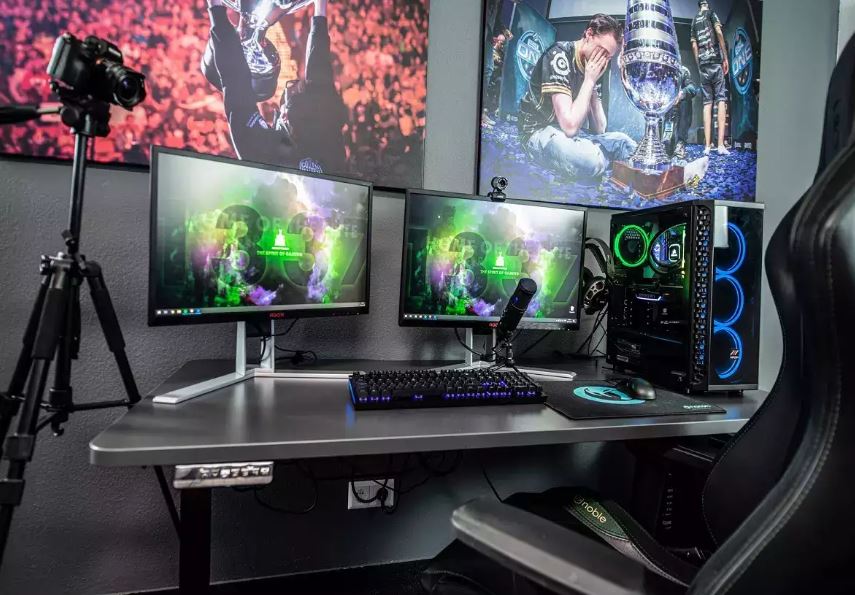 Video games are a great measure of the technology and the era in which they were made. Game makers usually use cutting-edge technology to offer the best experience possible to players.

From graphics to controls, to the actual playing experience, technology has been dictating game development forever. However, modern technology has now started to enter the realm of science fiction, thanks to which video gaming has become extremely vast and varied.

As technology keeps advancing, video games also keep evolving, aiming to offer the best experience to players across platforms. Let’s take a look at all the latest technologies that are reshaping the gaming industry in modern times.

Cloud-based computing services are extremely popular these days, and of course, they have made their way to the Indian gaming industry as well. Similar to streaming services like Netflix or cloud-based storage services like Dropbox, we now have cloud gaming services. Such games use remote servers where all the rendering and actual gameplay happens, which then gets streamed onto the user’s device.

Cloud gaming services usually require a dedicated smartphone or web-based app, and most such services require a subscription. Google Stadia, NVidia GeForce, Xbox Cloud Gaming are perhaps the best examples of cloud gaming service providers currently. While the technology has been around since the early 2000s, it has only become practical in the past few years.

As the bulk of heavy lifting is done by remote servers, users don’t need powerful, high-end devices to play the latest games. All they need is a device that is compatible with the service and a really fast internet connection. Cloud gaming essentially requires player input to reach the server, where the magic happens, and then the gameplay footage is essentially streamed to the user.

Also, there’s no need to download a game onto a device to play, which is a major plus point. Considering this: it eliminates the time spent downloading and installing each game, thus improving the overall experience! Simply fire the cloud-gaming app, select any game, and the fun begins. This has helped games be more hardware-independent, although there still are limitations to that. With further advancements in cloud gaming, such video games in the future would become even less hardware-dependent.

The Indian gaming market, although globally small, is augmenting swiftly with the help of mobile-first games. As per the report published by KPMG, the number of online gamers will rise to 510 million in 2022 from 360 million in 2020, and the revenues will have a compound annual growth rate of 21% in the upcoming 5 years.

The three categories that have contributed to the growth of the online gaming industry are- PlayStations, PCs & mobile devices. A huge number of smartphone games are available for free of cost. These games contain commercials that help in generating revenue for publishers.

The rise of online casino games in India is also gaining traction rapidly with games like poker, blackjack & roulette. The reason for the rise is comfort, and convenience along with the provision of exciting bonuses & promotions which was not the case with land-based casinos.

A word of caution: As a lot of online casino operators use bonuses to lure the players, it is important that you are aware and do not fall for the ones that illegitimate and might have an intention to scam you. To make an informed decision you can take the help of trusted websites like AskGamblers which serves as a one-stop destination for listed and licensed casinos. You can check the reviews & ratings of casinos submitted by the players on the website and make your decision accordingly.

Video games are largely, if not completely, responsible for bringing VR headsets to the mainstream market. Where the traditional video game worlds are limited to just the screen of your PC, console, smartphone, etc., VR can help immerse you completely into those worlds. Titles like Star Wars: Squadrons, Half-Life: Alyx, Astro Bot: Rescue Mission, and Beat Saber have masterfully utilized VR tech to offer an immersive and enjoyable gameplay experience.

As video game graphics and VR controllers keep on improving, VR gaming will become even more popular. This will likely fuel demand for VR hardware, which in turn will push developers to make more such games, making this one of the most promising areas for the video game industry.

Blockchain, cryptocurrency, and NFTs have been making headlines across the globe in the past few years. Now, tech has started to disrupt the Indian gaming industry as well. Titles like Crypto Kitties, Axie Infinity, and Lost Relics utilize blockchain technology in some form or other, with companies like Enjin – the makers of Enjin Coin (ENJ) – supporting the cause.

With traditional games, all items and XP (experience points) earned in one title stay within that. Inter-related games allow carrying over these digital assets from one game to another, and multiplayer games can allow the exchange of items between different players playing the same game. Thus, all digital assets within a game have limited use, and are non-existent outside of that game universe.

Blockchain technology basically allows these in-game assets to exist outside of video games, like in a crypto wallet. Players can use these items across different compatible platforms, thus enhancing the overall user experience. Some blockchain-based games also allow players to earn cryptocurrency as a reward, either directly by playing or indirectly by selling off the aforementioned digital assets to other players.

Unlike VR, which brings players into the video game world, AR brings video games out into the real world (well, almost!). The most famous AR game is arguably Pokemon GO, which had managed to become a major global phenomenon back in 2016-2017.

It doesn’t have groundbreaking gameplay, but it is extremely engaging, and seeing those lovely pocket monsters out in the real world is the real intrigue here.

Harry Potter: Wizards Unite is another example of a fun AR mobile game, especially for the fans of the wizarding world.

AR games currently have more promise than substance; augmented reality is still in its nascent stages, and is currently limited to smartphones, tablets, and similar mobile gaming devices. Developments in augmented reality technology are still underway, and we might have dedicated AR hardware – like AR glasses – not too far in the future.

Dedicated AR hardware will accelerate growth in augmented reality gaming, similar to VR gaming. However, even though AR tech is still in its infancy, it has managed to capture global audiences already, thus proving its worth in the gaming industry.