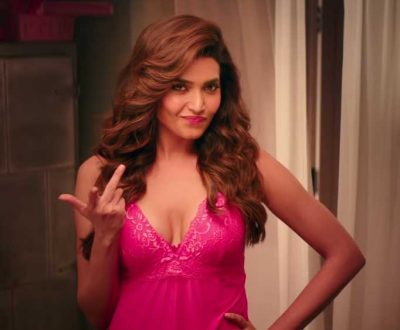 Karishma Tanna born on 21 December 1983 (Age: 37 Years, as in 2020 ) in Mumbai, Maharastra, India is an Indian film actress, television actress, model and anchor who predominantly works in Hindi films and shows. She is well known for her roles in Kyunki Saas Bhi Kabhi Bahu Thi, Nagarjuna – Ek Yodha and Qayamat Ki Raat. Karishma was a contestant and first runner-up in the reality show Bigg Boss in 2014. She also appeared in other reality shows like Zara Nachke Dikha (2008), Nach Baliye (2015) and Jhalak Dikhhla Jaa (2016), Fear Factor: Khatron Ke Khiladi.

Karishma Tanna born on 21 December 1983 and brought up in a Gujarati family. She lives with her mother named Jasmine Tanna and is very close to her, as her father died in October 2012. She has a sister named Drishma Kadam.

Karishma Tanna started dating actor Upen Patel in 2014 when they met inside the Bigg Boss house and later was engaged to him. In 2016, they broke up.

Karishma Tanna did her schooling from her hometown Mumbai, Maharashtra. She graduated from  Sydenham College of Commerce and Economics, Mumbai. While She was studying at Sydenham College in Mumbai, she got an offer for the role of Indu in Kyunki Saas Bhi Kabhi Bahu Thi.

She made her Television debut with Star Plus Daily Soap Kyunki Saas Bhi Kabhi Bahu Thi (2001-06), where she played the character Indu. Later she appeared in Kahi To Milenge ( 2002 – 2003), Balaji Telefilms drama production. she made her stage debut with the Vandana Sajnani directed play Perfect Wedding. She was the host of various shows including India’s Magic Star etc. And she also hosted MTV’s show Love School with Upen Patel.

Karishma participated in various reality Tv shows such as Zara Nachke Dikha (2008), Nach Baliye (2015) and Jhalak Dikhhla Jaa (2016). She was the first runner up in the reality television show Bigg Boss 8.

Karishma Tanna made her Bollywood debut with film Dosti: Friends Forever (2005). She appeared as the lead actress in her second lm I Am Sorry Mathe Banni Preethsona. After that, she acted Shalini and Bollywood sex comedy movie Grand Masti. Karishma has also done many TV commercials for varied brands like Lifebuoy, Stayfree, and Nirma.

Some fact about Karishma Tanna 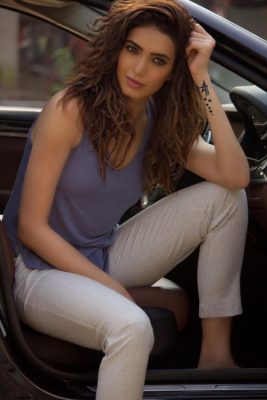