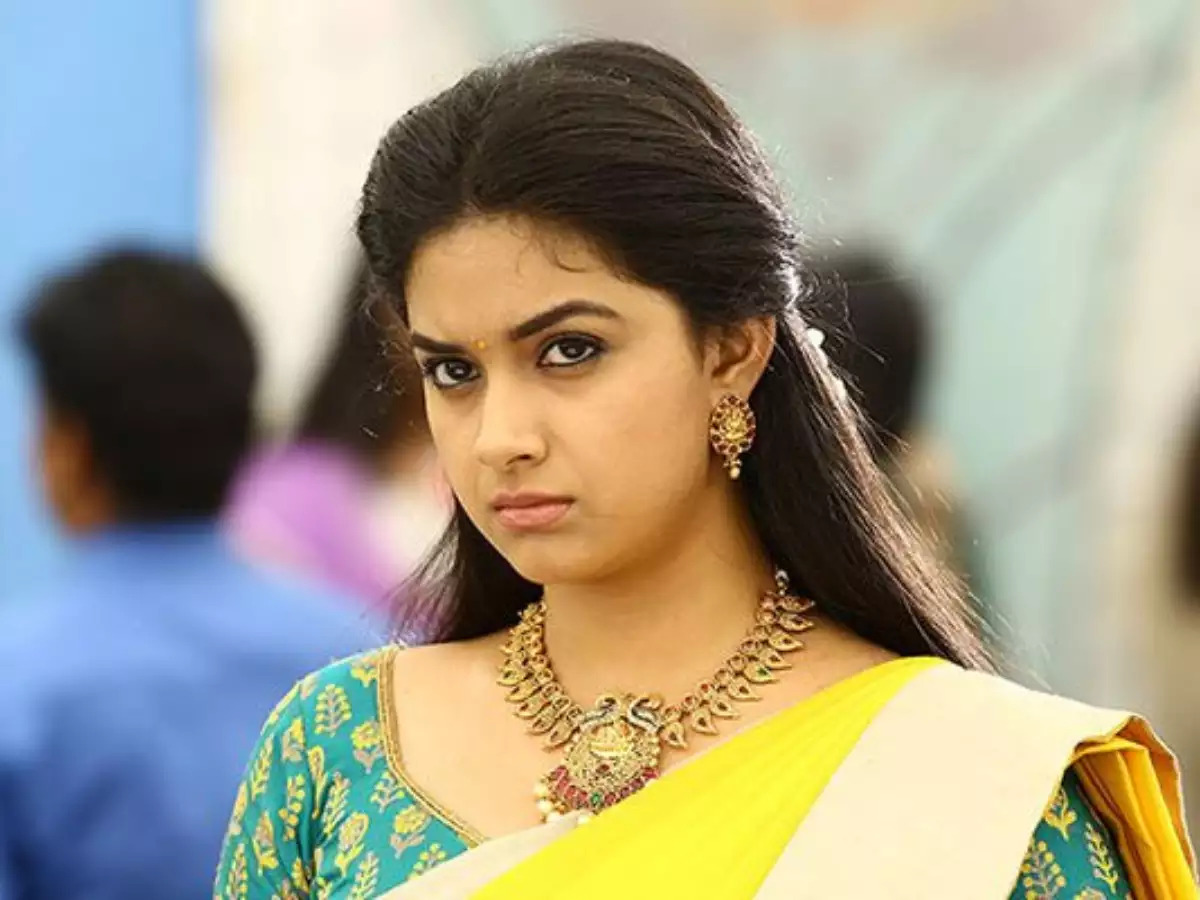 Keerthy Suresh born on 17 October 1992 (Age: 29 Years, in 2021) in Chennai, Tamil Nadu, India is an Indian actress.  She mainly appears in  Tamil, Telugu, and Malayalam language cinema. She won the National Film Award for Best Actress for the Telugu biopic film Mahanati (2018) based on actress Savitri.

Keerthy Suresh born on 17 October 1992 into a Malayali family is the daughter of G. Suresh Kumar and Menaka Suresh. His father G. Suresh Kumar was a film producer and her mother Menaka Suresh was a Tamil actress who had acted in more than 100 films. Her elder sister’s name is Revathy and she had worked as a VFX specialist for a production house, Red Chillies Entertainment.

For quite some time now, there was a rumour, Keerthy Suresh getting hitched to a Chennai-based businessman. She has refuted these rumours and said she’s focussing on her career instead. Clarifying rumours in a recent interview, Keerthy said, “I find rumours regarding my marriage quite amusing. I wonder from where these rumours pop up in the first place. If I ever decide to get married, I’ll be the first person to tell the world about it. I urge everyone to refrain from speculating about my wedding. I’m completely focussed on my work now and I’m not planning to get married anytime soon.” indiatimes.com

Earlier, The actress was rumoured to be in a relationship with music director Anirudh Ravichander and the love birds are all set to take their relationship to the next step. Keerthy and Anirudh are reportedly getting married in 2021. But the actress had denied them too.

Earlier, Keerthy Suresh was rumoured to be getting married a BJP leader’s son. It was said that the actress’ parents had fixed the alliance. However, they later had rubbished those reports.

In 2016, there was a rumour that she is secretly married to comedian Sathish, But the actress had denied them.

She completed her school education at Kendriya Vidyalaya, Pattom, Thiruvananthapuram. She has been a fine swimmer and had won many awards for it during her school days. After that, she joined Pearl Academy and completed her degree in fashion design. She went to Scotland for a four-month student exchange program and completed a two-month internship in London. She has stated that she was also “seriously considering a career in designing”. If she wasn’t an actress, she would have been a fashion designer.

11 years after Kuberan, She returned to films after studying fashion design. Keerthy Suresh made her debut as a lead actress in Priyadarshan’s horror film “Geethaanjali”, in which she had a dual role and the film was a commercial success with mixed reviews. She did shooting while she was pursuing her 3rd year of graduation and they shot for film Geethanjali during her semester break.

She won the National Film Award for Best Actress for the Telugu biopic film Mahanati (2018) based on actress Savitri. For the film Geethaanjali, she has won Best Debutant Actress and Best New Face of the year Awards. Keerthy made her Tamil film debut in the film “Idhu Enna Maayam” and she won Best Female Rising Star in Edison Awards in 2015. 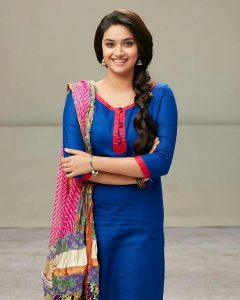