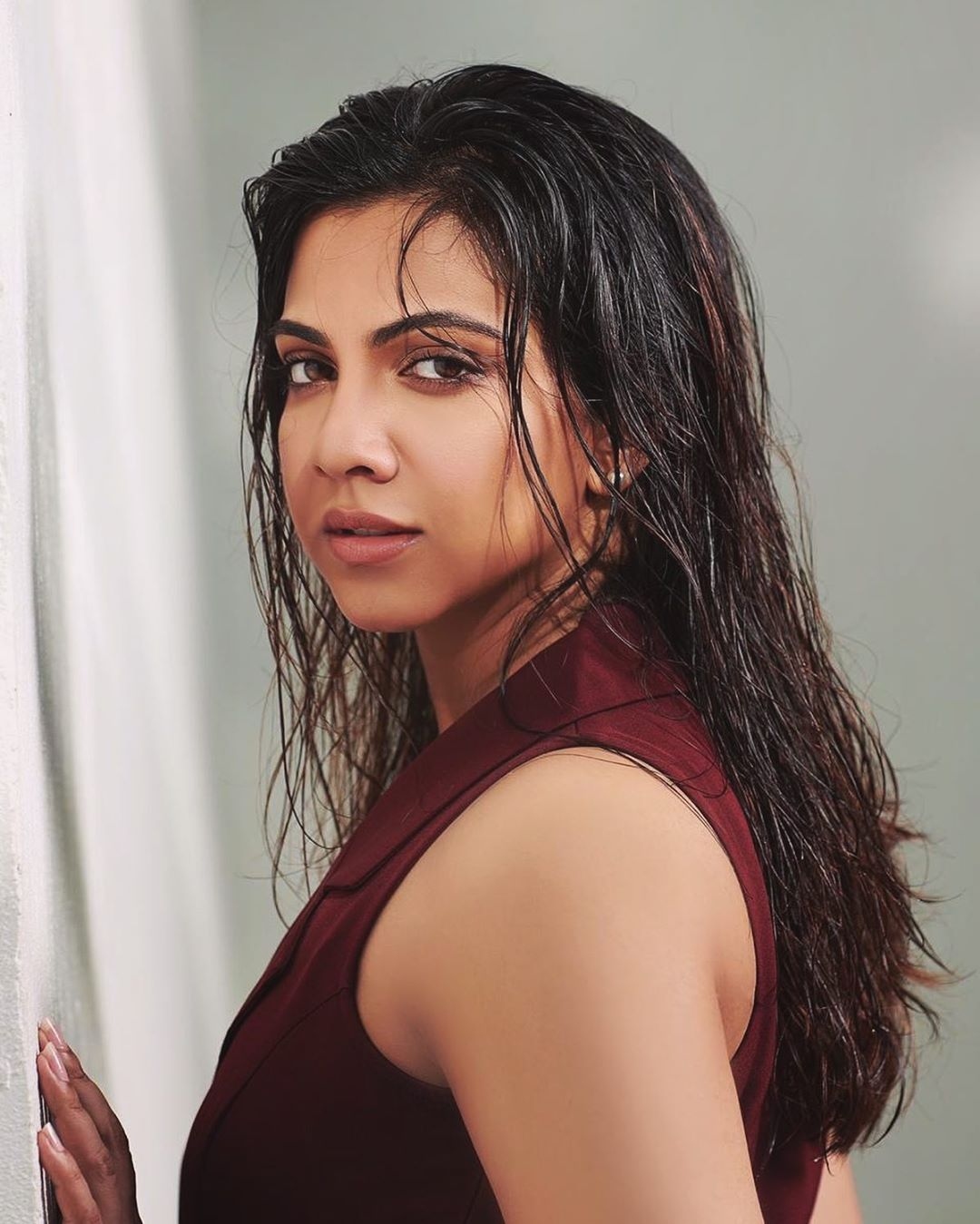 Madonna Sebastian born on 19 May 1992 (Age: 29 Years, in 2021) at Cherupuzha, Kannur, India is an Indian actress and singer. She made her Tamil debut alongside Vijay Sethupathi in the film Kavan. She also worked on the English feature film “Humans of Someone”, directed by Sumesh Lal.

Madonna Sebastian born on 19 May 1992 is the daughter of Babycd Devasia and Shyla Babycd. Her parents own a fashion business “Michelle Fashions”. Her brother’s name is Michelle Sebistian.

Madonna Sebastian completed her higher secondary education at St Peter’s Senior Secondary School, Kadayiruppu. After that, She did a one year Master Training course at START Kozhikode. She graduated with a Bachelor of Commerce from Christ University, Bangalore.

From childhood, She was interested in music. She is a trained singer in Carnatic and Western music. In 2014, Sebastian has performed for the TV Shows Music Mojo on Kappa TV. She has also sung the jingle composed by Deepak Dev for a radio station in Dubai, Hit 96.7. She formed a music band named ‘Everafter’ with Roby Abraham, and the band released online its first music video titled ‘Veruthe’. Sebastian has sung many songs for composers like Deepak Dev and Gopi Sunder.