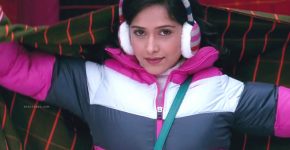 Nushrat Bharucha also known as Nushrratt Bharuccha born on 17 May 1985 in a Dawoodi Bohra family at Mumbai is an Indian actress who mainly works in Bollywood films. Her father Tanvir is a businessman and her mother Tasneem is a housewife. She is the only child of her parents.