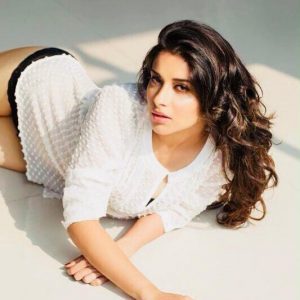 Nyra Banerjee, also known as Madhuurima or Nyra Banerjee, is an Indian film actress and an assistant director, model, singer, and dancer. She works in Hindi, Telugu, Kannada, and Tamil Industry. She was born on 14 May 1987 (age 32years; as in 2019) at Mumbai, Maharashtra, India.  In 2016, she changed her name Madhuurima Banerjee to Nyra Banerjee. she made her feature film debut in director Priyadarshan’s comedy film Kamaal Dhamaal Malamaal.

Nyra  started her acting career in 2009 with the Bollywood movie “Toss: A Flip of Destiny” in which she played the role of ‘Sherry.’  She also made her Telugu film debut with “Aa Okkadu” (2009), She appeared in the Bollywood movie “One Night Stand”(2016) with Co-star Tanuj Virwani and Sunny Leone.she assisted director Tony D’Souza in his film “Azhar”. Nyra also featured in the music video “Dil Warda.” She has also featured on the cover of various magazines like “Tulip” and “Women’s Era.” In 2019, she portrayed the role of Divya in the TV serial “Divya”. Drishti.”

Her father is a Bengali mechanical engineer who served in the Indian Navy, and mother is Nandita Banerjee (Novelist). Nyra has one younger brother. It is rumoured Nyra might be dating Karan Khanna(Television actor).