Poonam Pandey born on11 March 1991 (Age: 29 Years, as in 2020) is an Indian film actress mainly works in Bollywood and Telugu cinema. She is known to be one of the most controversial actress in the Indian film industry. She is the first model to ever go naked for Kingfisher Calendar. Pandey became popular through her social media accounts, including Twitter when she started posting her semi-nude photos.

She has a brother named Nilesh Pandeey and a sister named Shradhdha Pandey. It was once rumoured Poonam is dating DIG Paraskar. She married with boyfriend Sam Bombay.

In 2013, Poonam Pandey made her acting debut with Bollywood film titled Nasha. In this film, she played the role of a teacher (Anita Joseph) who ends up having a sexual relationship with one of her students. She also appeared in movies like Love Is Poison, Malini & Co., Uvaa, Aa Gaya Hero, The Journey of Karma.

Some fact about Poonam Pandey 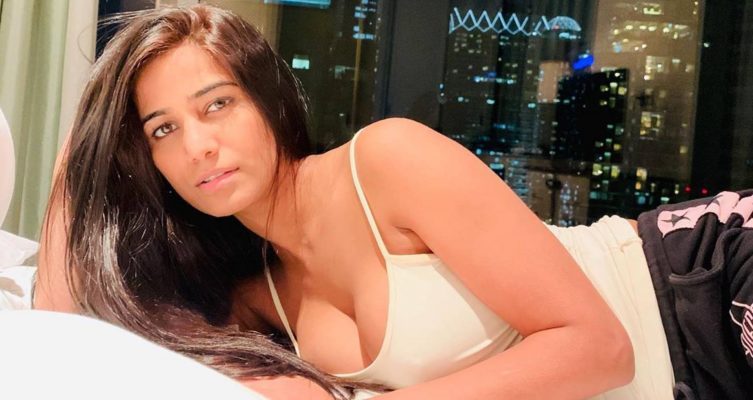