Premier League: The Battle to Survive 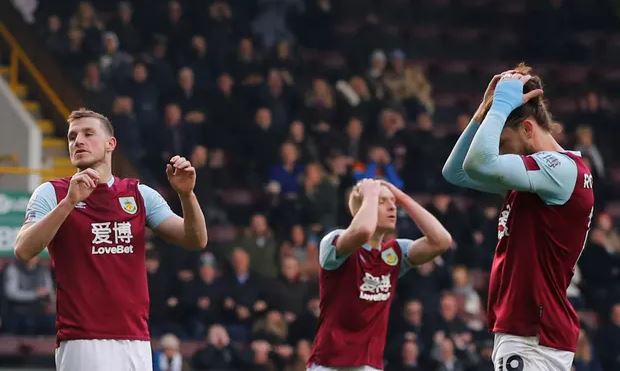 The 6th of August 2022 is a date circled in the diaries of all football fans, representing the start of the new Premier League season. A time which sees a huge spike in footballing interest and the betting companies experience a level of trade to rival even the biggest Forex brokers.

The dawn of a new Premier League season can mean different things to different teams. Whilst always a time of hope for fans of all teams, exactly what is being hoped for can vary widely. If City, Liverpool, Chelsea, or Spurs are your team, it is the title itself which is the dream. Fans of other clubs however merely hope that their side manages to beat the dreaded drop.

Each year three must go, with the battle to stay afloat often going right down to the wire. But who will be making the sports news headlines for that most unwanted of reasons in May 2023? Here we take a look at five of the most likely candidates.

As is usually the case, the newly promoted sides are amongst the favourites to drop down into the Championship. Favourites in many people’s eyes to do just that are Scott Parker’s Bournemouth outfit. Relegated with Fulham in his most recent Premier League job, Parker will be hoping to fare better with the south coast club. Excellent in the Championship, when only two points adrift of a goal-crazy Fulham outfit, fans will be optimistic. Summer recruitment has been relatively minimal which would be a concern, but they do have a decent spread of Premier League experience throughout the squad and are not without a chance.

It’s great to see one of English football’s traditional big clubs back in the top tier, but can the Tricky Trees stay there? Should they come up short, it likely won’t be due to their summer recruitment. The City Ground is the slightly surprising destination for Jesse Lingard; Dean Henderson locks up the goalkeeper’s position; whilst Moussa Niakhate possesses all the physical attributes to become an imposing presence in the back line. Taiwo Awoniyi and Neco Williams meanwhile are crammed with potential and will both be keen to make a point having failed to establish themselves at Anfield. Steve Cooper’s men may just do a bit better than many expect.

Whether or not Fulham survive, they seem sure to bring bags of excitement to the division. Blasting their way to the Championship title on the back of a remarkable 43-goal season from Aleksandar Mitrovic, Marco Silva’s all-action approach was a joy to behold. It is at the back where the main questions will come at this level. Palhina comes in to shield the back four, whilst Kevin Mbabu looks an upgrade at fullback but without further defensive reinforcements the Cottagers have the look of a side who may leak goals.

Narrowly avoiding the drop following the sacking of Marcelo Bielsa last season, many expect Leeds United to struggle once again. Jesse Marsch did a solid job under the circumstances in remoulding the side from the distinctive “Bielsa-Ball”, and it will be interesting to see how the side shapes up with a full pre-season under their new boss behind them. Luis Sinisterra and Tyler Adams look solid recruits. Whether his former RB Salzburg players Brenden Aaronson and Rasmus Kristensen can make the step up is a little less certain and may go some way to determining the fate of the Elland Road club.

Having finished an excellent 13th in their first season back in the top flight, will the dreaded second season syndrome strike at the Brentford Community Stadium? There are grounds to believe it might. The Bees form was undoubtedly tailing off in the second half of last season, only for the squad to be revitalised by the class of Christian Eriksen in the centre of the park. With Eriksen now in residence at Old Trafford, will Thomas Frank’s men be able to rediscover their form? Summer recruitment has at least been solid. Ben Mee and Aaron Hickey bring a nice mix of experience and youth to the back line, whilst the signing of experienced Serie A keeper Thomas Strakosha may prove an inspired piece of business.