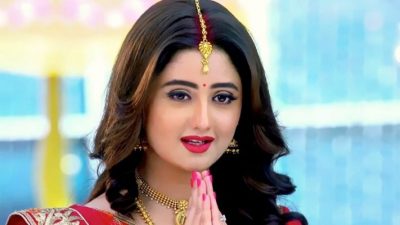 Rashami Desai born on 13 February 1986 (Age: 34 Years, as in 2020) in Nagaon, Assam, India is an Indian television actress known for portraying Tapasya in Uttaran and Shorvori in Dil Se Dil Tak. She has participated in reality shows like Jhalak Dikhhla Jaa, Fear Factor: Khatron Ke Khiladi and Nach Baliye. In 2019, she participated in the reality show Bigg Boss 13 emerging as a finalist.

Rashmi Desai is the daughter of  Ajay Desai and Rasila Desai. She also has a brother Gaurav Desai. Her father passed away when she was a child. She originally belongs from Hindu Gujrati family. 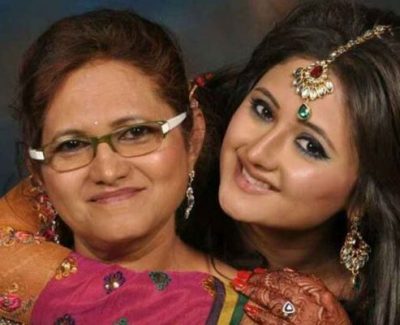 She married to her co-star from Uttaran on 12 February 2012 in Dholpur. In 2014 they separated, and in 2015, the couple filed for divorce after almost four years of marriage. The couple also has a daughter named Manya. After Divoce Rashmi Desai was in a relationship with Arhaan Khan.

She did her schooling from Mumbai’s JB Khot Primary School and went to Narsee Monjee College of Commerce and Economics to pursue a diploma.

Rashmi made her debut with the Indian Television serial Raavan as Mandodari on ZeeTv in 2006. She also participated in Jhalak Dikhlaa Ja season 5 and Nach Baliye season 7. She also participated in Bigg Boss 13 as a participant where she finished as a 3rd runner up. Rashmi is one of the highest-paid Indian tv actresses. She also appeared in Movies and worked in different languages like Hindi, Assamese, Bhojpuri and Gujarati.