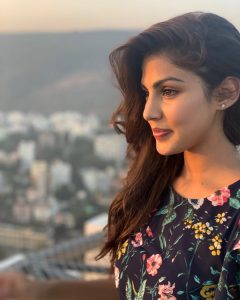 Rhea Chakraborty is an Indian film actress born on 1 July 1992 in Pune, Maharashtra, India. Now, She is 30 years old. She started her career as a VJ on MTV India. In 2013, she made her Bollywood debut with the film Mere Dad Ki Maruti directed by Ashima Chibber. 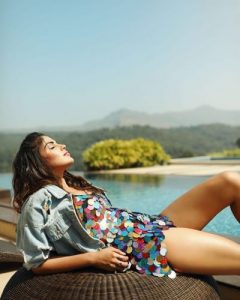 Rhea Chakraborty started her television career in 2009 with MTV India’s TVS Scooty Teen Diva where she was the first runner-up. Later on, she auditioned to be a VJ at MTV Delhi and was selected. She also hosted several MTV shows, including Pepsi MTV Wassup, TicTac College Beat and MTV Gone in 60 Seconds. 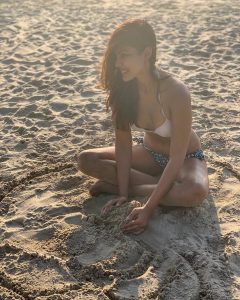 She made her film debut with the Telugu film Tuneega Tuneega In 2012. In 2013 she debuted in Bollywood with Mere Dad Ki Maruti as Jasleen. In 2014 she played the character of Sonali in Sonali Cable. In 2017 she appeared Bank Chor opposite Ritesh Deshmukh. She also did cameo appearances in Half Girlfriend and Dobaara: See Your Evil. She appeared in Jalebi(2018) opposite debutante Varun Mitra. She has also featured in a music album called O Heeriye.

Rhea made her TV debut with TVS Scooty Teen Diva. She then hosted shows like Pepsi MTV Wassup, TicTac College Beat, and Gone in 60 seconds. 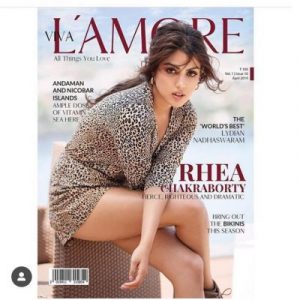 She got perfect looks, height, accent, and long legs. Her body measurement is 30-26-32 with hip size 32 and waist size 26. She is approximately 5’ 7′′ Inches tall and weighs around 50 kg. She has Brown eyes and Black hair. 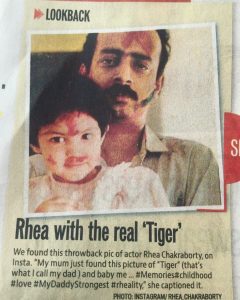 Some Facts about Rhea Chakraborty

1. Who is Rhea Chakraborty?

2. What is the net worth of Rhea Chakraborty?

3. How old is Rhea Chakraborty?

Rhea Chakraborthy is a Bollywood actress. In this article, we discussed Rhea Chakraborthy’s wiki, age, height, net worth, boyfriend, husband, movies, career, and biography. There is some information missing. If you know the missing info then please comment below.