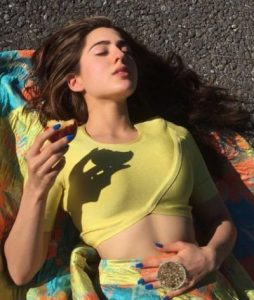 Sara Ali Khan is an Indian Actress in the Bollywood industry born on 12 August 1995. Mumbai, (Maharastra, India). She is the daughter of popular Bollywood actors, Saif Ali Khan, and Amrita Singh. And her stepmother is Kareena Kapoor.

She did her schooling at Besant Montessori School, in Mumbai, India. She completed her graduation in History and Political Science in 2016 from Columbia University, New York.

Sara Ali Khan acted in an advertisement when she was 4 years old. In 2018, she made her film debut in the Hindi romantic Bollywood film, Kedarnath. She appeared with Ranveer Singh in Simba, which is the remake of the Telugu film, Temper.

Sara will next be seen in Aanand L Rai’s Atrangi Re, alongside Akshay Kumar and Dhanush. She will be playing a dual role in the upcoming film. 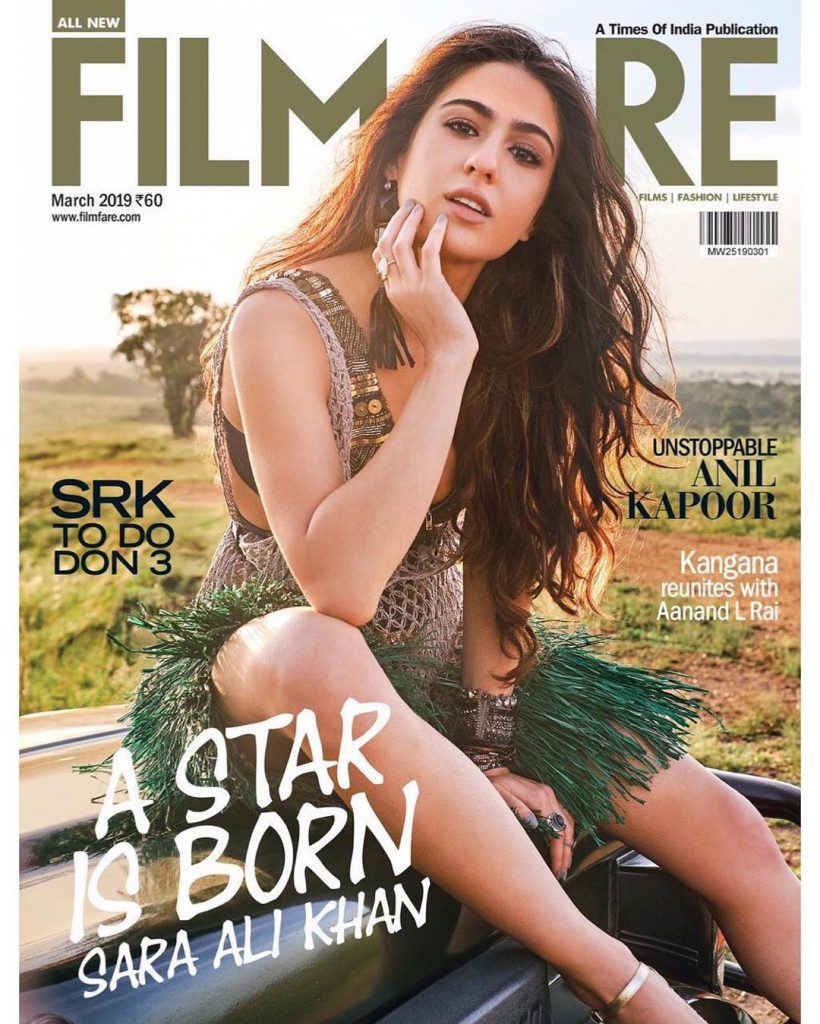 Sara Ali Khan was born and brought up in Mumbai. Her grandfather, Mansoor Ali Khan Pataudi was an Indian cricketer and her grandmother, Sharmila Tagore, is a famous Bollywood actress.

Her parents Saif Ali Khan and Amrita Singh got divorced in 2004, after 13 years of their marriage. She has a brother Ibrahim Ali Khan. and Step-brother Taimur Ali Khan. On 16 October 2012, her father got married to the Bollywood actress Kareena Kapoor.

she was rumored to be dating Veer Pahariya who is the son of a businessman, Sanjay Pahariya. Former Union Minister, Sushil Kumar Shinde is Veer Pahariya’s maternal grandfather.

Sara Ali Khan has reportedly accepted being in a relationship with her debut film ‘Kedarnath’ (2018) co-star Sushant Singh Rajput the Narcotics Control Bureau (NCB). The actress however is reported to have said that the relationship was short-lived.

1. Who is the mother of Sara Ali Khan?

Ans. Her real mother’s name is Amrita Singh and her step is Kareena Kapoor Khan.

2. What is the Net Worth of Sara Ali Khan?

4. What is the name of Sara Ali Khan’s Boyfriend?

Ans. She is a relationship with Kartik Aryan.

Sara Ali Khan is a famous Bollywood actress. Here we discuss, Sara Ali Khan’s Wiki, Age, Height, Net Worth, Weight, Movies, Career, Boyfriend, Husband, And Biography. There is some information missing, we try to collect them and update you soon.