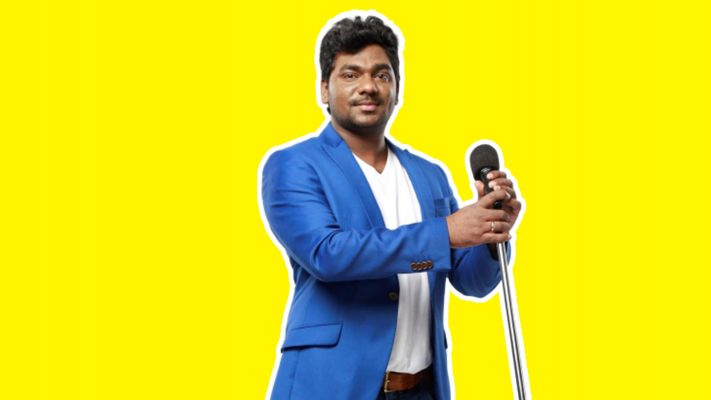 Zakir Khan born on 20 August 1987 (Age: 33 Years, as in 2020) in Indore, Madhya Pradesh, India is stand-up comedian, writer, presenter and actor. He came into limelight after won the title of ‘India’s Best Stand Up’ in comedy circuit (2012). He is known for his punchline “Sakht launda“.

Zakir Khan is the son of Ismail Khan (Musician) and Kulsum Khan. He has two brothers named Zeeshan Khan and Arbaz Khan. He was born and raised in Indore, Madhya Pradesh.

Zakir started learning music at a young age from his father and grandfather. According to Zakir, if not a comedian, he would have been a music teacher.

After dropping out of college, He did a diploma in Sitar. He moved to Delhi to become a radio producer. In Delhi, he did radio program at ARSL for a year and shifted to Jaipur in 2009 for an internship. In Jaipur, He did a number of odd jobs to meet his day to day expenses. Khan started his career as a copywriter and main researcher at HT
Media Ltd.

He came into limelight after won the title of ‘India’s Best Stand Up’ in comedy circuit (2012). Zaki Khan wrote and acted in the Amazon Prime web series Chacha Vidhayak Hain Humare. Khan also acted in Kaksha Gyarvi and Haq Se Single on Amazon Prime. He has also been a part of a comedy show, On Air with AIB.

His YouTube channel is over 7 million subscribers and Zakir upload regularly stand up comedy videos on his YT. Also, He like to play video games and some time his live with Tanmay Bhatt.

Some fact about Zakir Khan